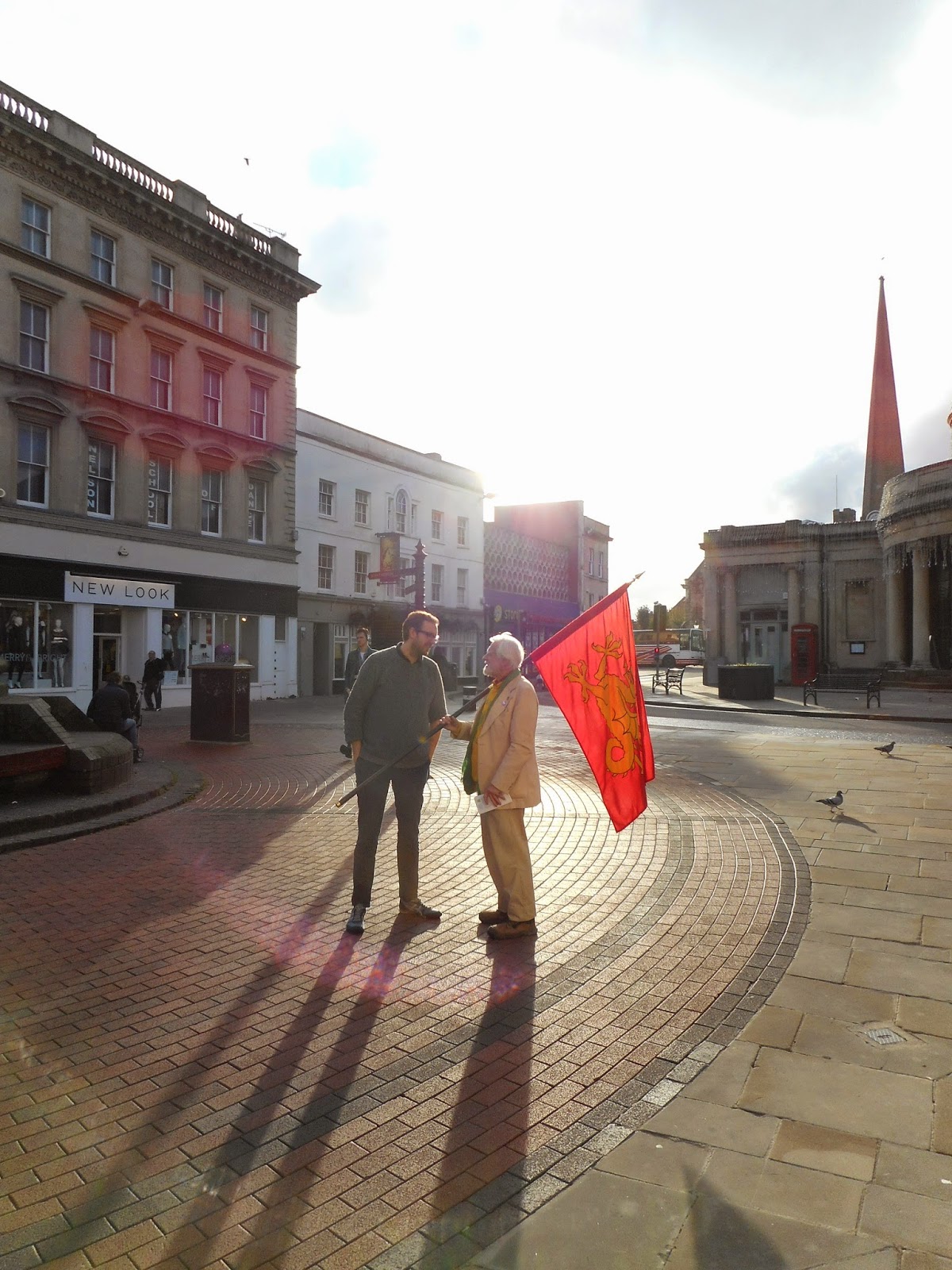 Thanks to the Fixed-term Parliaments Act 2011 we know that the next General Election will be on 7th May 2015.  This means that small parties with few resources and little flexibility now have the same chance to plan ahead as the London-based big battalions with their ear to the ground at Westminster.

WR President Colin Bex and Secretary-General David Robins were in Bridgwater today, in one of the Party’s possible target seats.  Bridgwater is a much under-rated place, proud of its past and with good reason but, as a working-class town hit by plant closures, also one concerned about its future.  There were some cracking good conversations to be had on the main shopping streets, and real interest in an alternative to the status quo. 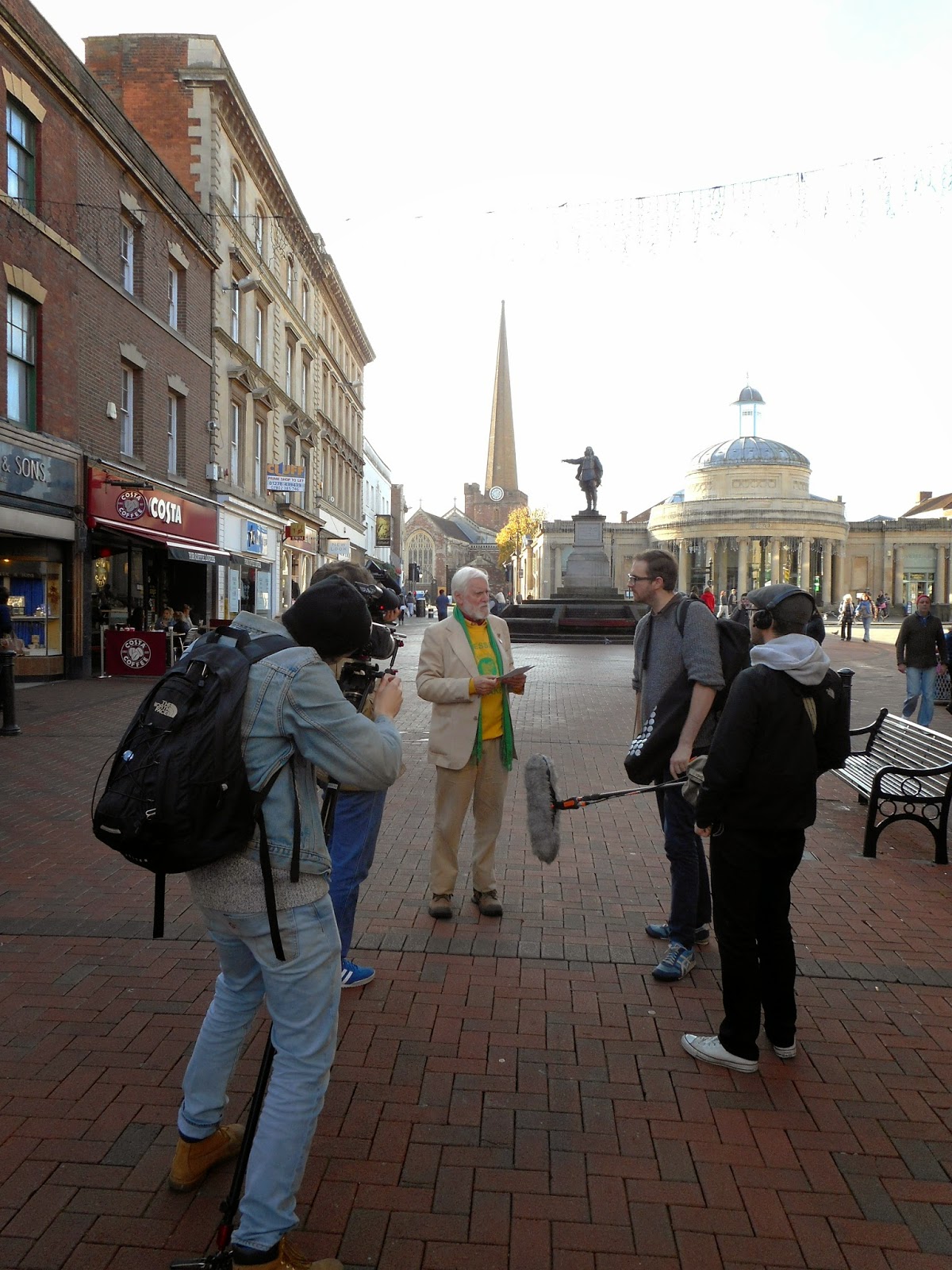 Colin was being shadowed by an independent film production company looking to follow him throughout the campaign.  Along with the flag, they proved to be a valuable visual prompt to passing members of the public to stop and talk.

After Bridgwater, Colin travelled on to Truro for the Mebyon Kernow Annual Conference, an event WR members try to attend whenever possible. With the Cornish now recognised as a national minority and the campaign for a Cornish Assembly again making waves, it can only be a matter of time before those in the English regions look closely at their Celtic neighbours and start to ask why they can’t have some of that new politics too. Our power.  Our wealth.  Let’s have them back.